Bob Rigaud has enjoyed a lengthy career as a luthier (maker of stringed musical instruments). Bob graduated from Roberto-Venn School in Phoenix and later served as an instructor at his Alma Mater. Upon moving to Greensboro, NC in 1979, he worked as a repairman at a local music store, where he received his first commission to build a resophonic guitar with soundposts. Now the standard, Bob has been building guitars with soundposts for more than 25 years!

Bob established a home guitar shop, and soon had the privilege of building a cutaway nylon string guitar for legend Nokie Edwards (The Ventures). During this time he added custom-designed, carved electric guitars to his portfolio. One of these (Sculptar) was featured in Guitar Player magazine (March 1985). Bob continued to grow his career as he built acoustic guitars and specialized in the repair and restoration of vintage guitars.

Focusing solely on the design and development of custom acoustic guitars, Bob works from his shop in Greensboro. 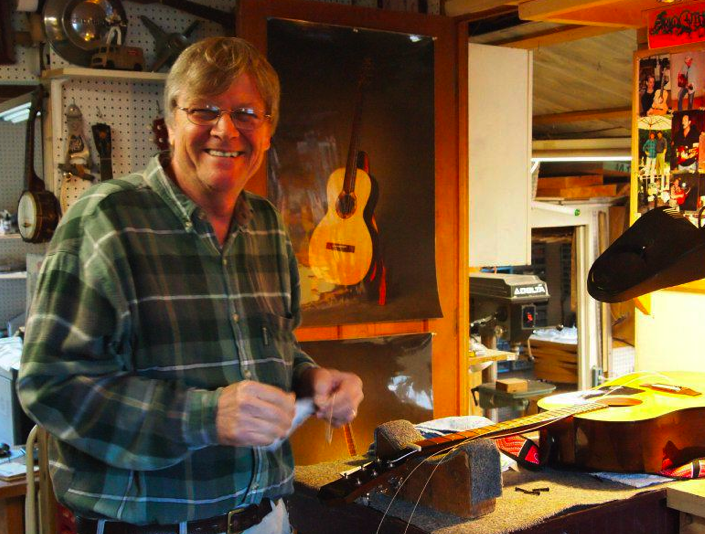